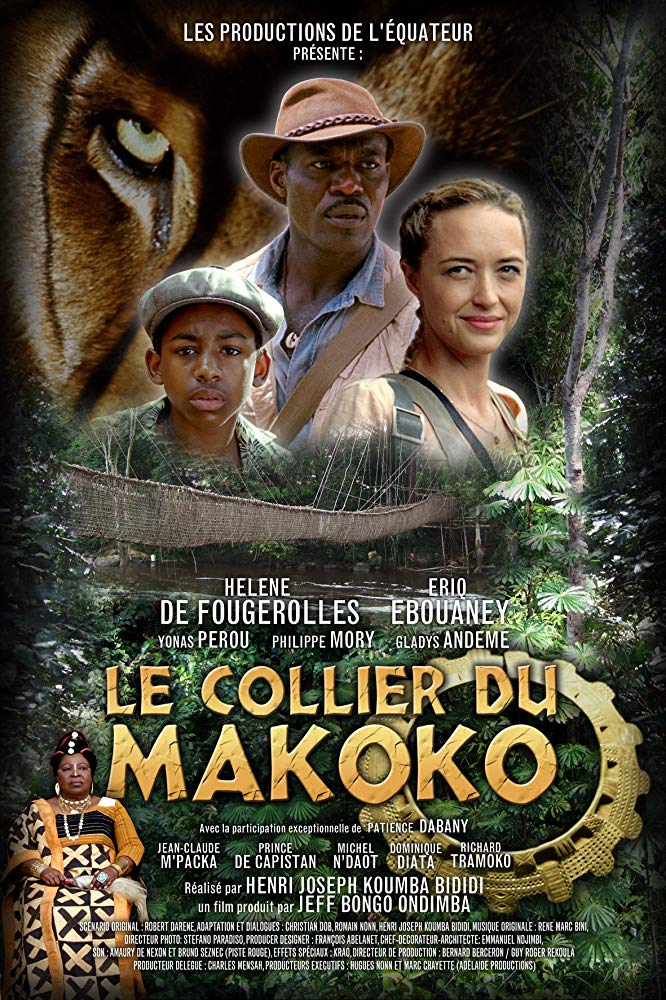 "Once upon a time a queen decided to recover a sacred necklace that had belonged to one of her ancestors". This necklace, she thought, would restore harmony and prosperity to her people. Once upon a time there was a scientist, a great expert in saving ecosystems, who worked to reintroduce lions to his country. Once upon a time there was a young orphan who refused to abandon the lion he was raised with. Le collier de Makoko is the story of three journeys back home that destiny intertwines in an adventure ranging from France to Gabon.
Director: J.K. Bididi
Production: Le Film de L’Equateur / Adelaide Productions
Cast: H. de Fougerolles, E. Ebouaney, P. Mory, Y. Perou
France / Gabon - 2010